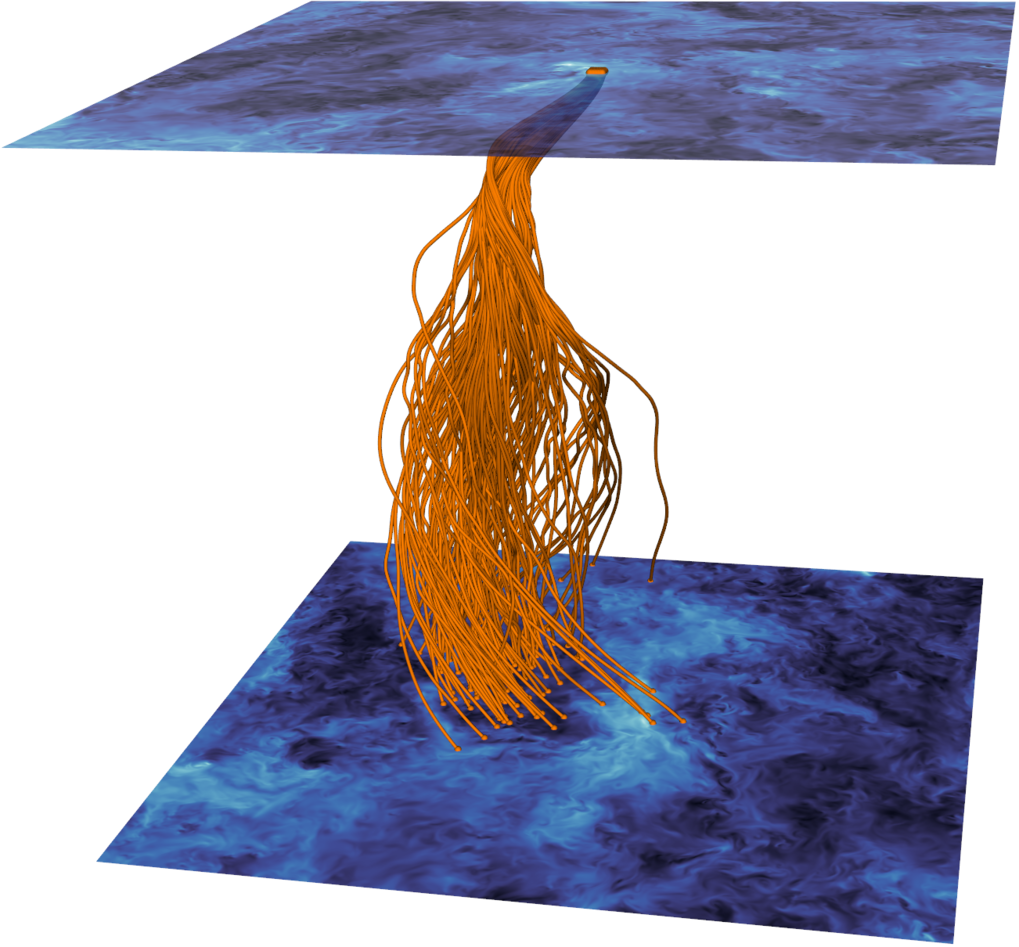 Space-time plot of fully developed turbulence. The planes show two-dimensional cuts of the three-dimensional velocity field. The lines show how an initially localized cloud of particles disperses with time.

Owing to its complexity, turbulence is among the most fascinating states of a fluid. It represents a paradigmatic problem from the class of strongly driven non-equilibrium systems. Turbulence plays a key role in the dynamics of our oceans and our atmosphere and is of central importance for many engineering applications including mixing, combustion as well as wind energy conversion. In our work, we combine computational, dynamical and statistical methods in a simulation-assisted theoretical approach.

Our work on turbulence is currently funded by an
ERC Consolidator Grant. 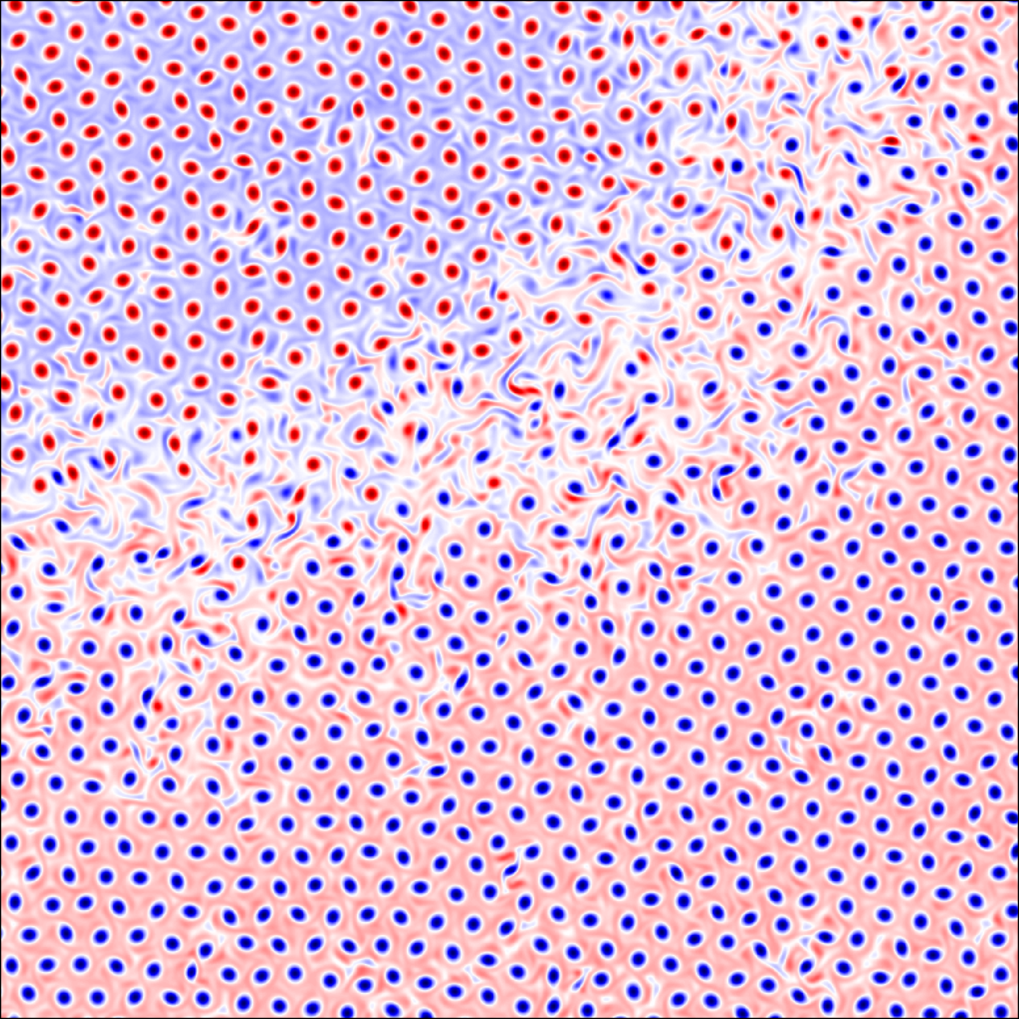 Active fluids are a rapidly evolving research field inspired by the biophysics of dense suspensions of motile cells. Their complex interactions give rise to chaotic meso-scale vortex patterns as well as self-organized active vortex crystals. Active fluids are not only interesting to study in their own right but may also turn out instrumental in designing microfluidic devices and in developing novel meta-materials. To capture the physics of active fluids, we combine tools from statistical hydrodynamics and active matter theory. 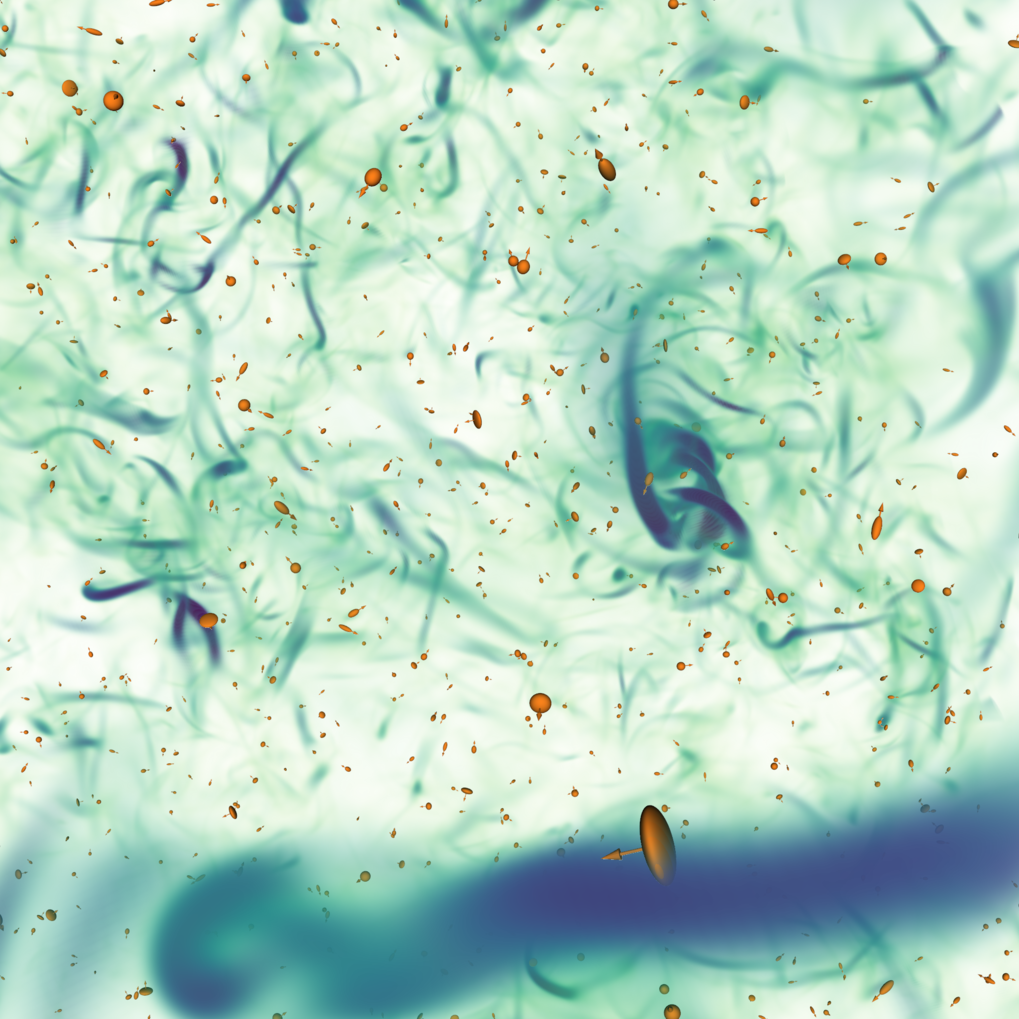 Particle-laden flows arise in many engineering applications, the atmospheric sciences (e.g. clouds), and the marine sciences (e.g. microplastics dispersion, plankton blooms). The Lagrangian (particle-based) view is particularly insightful and challenging because particles sample complex flows in space and time. We investigate fundamental aspects of Lagrangian turbulence as well as the dynamics of active and passive particles in complex flows with applications to cloud physics, oceanic micro-organisms and biophysics. 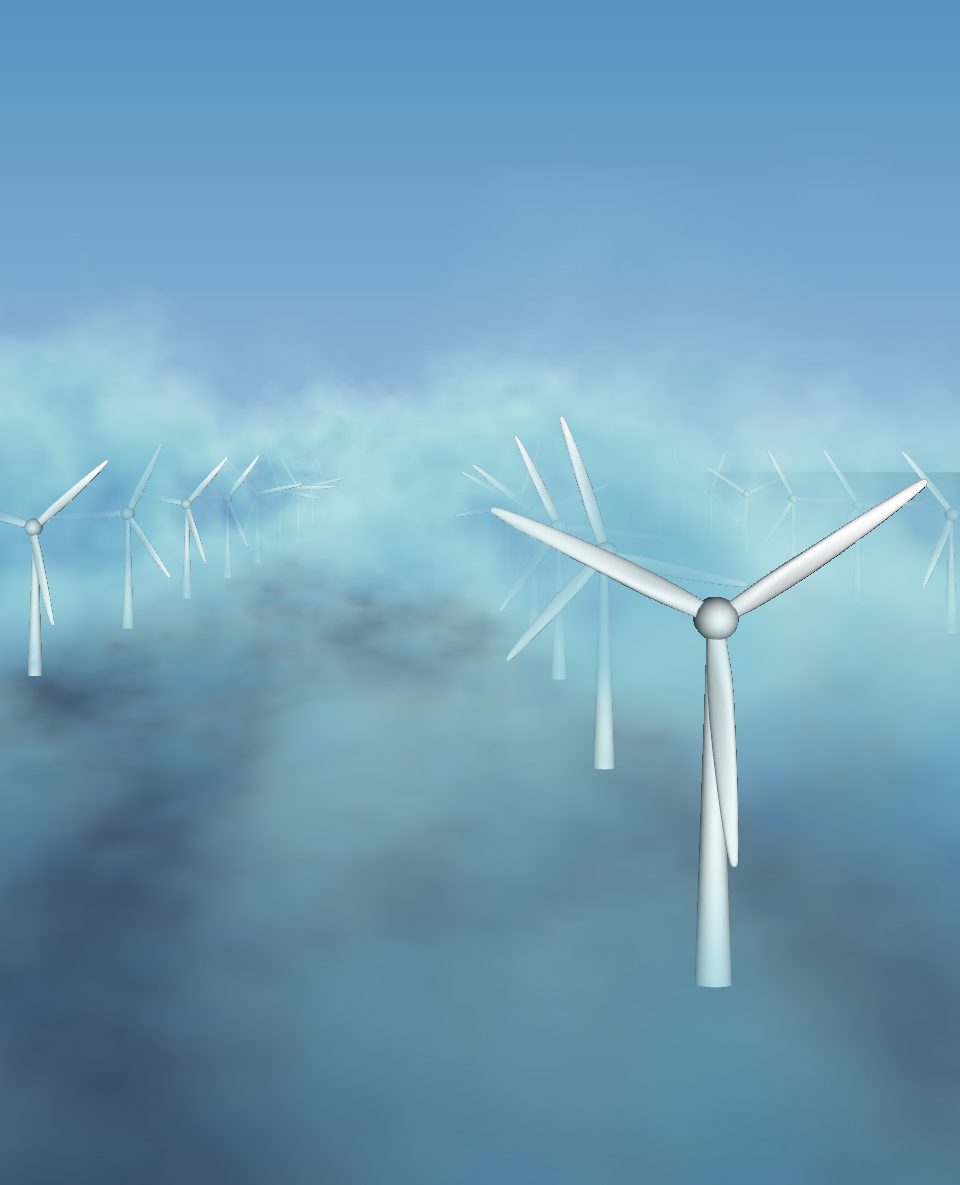 Atmospheric turbulence in a wind farm from large eddy simulations.

The understanding of atmospheric boundary layers plays a crucial role for climate research but also for technological applications such as wind energy conversion. For wind energy, atmospheric turbulence plays a key role: strong wind fluctuations impose significant structural fatigue loads on wind turbines which can lead to failure. Integrating the unsteady wind energy into a decentralized power grid poses further challenges with respect to power grid stability. In our work, we combine statistical modeling and computer simulations to better understand and predict turbulence in the atmosphere and in wind farms. 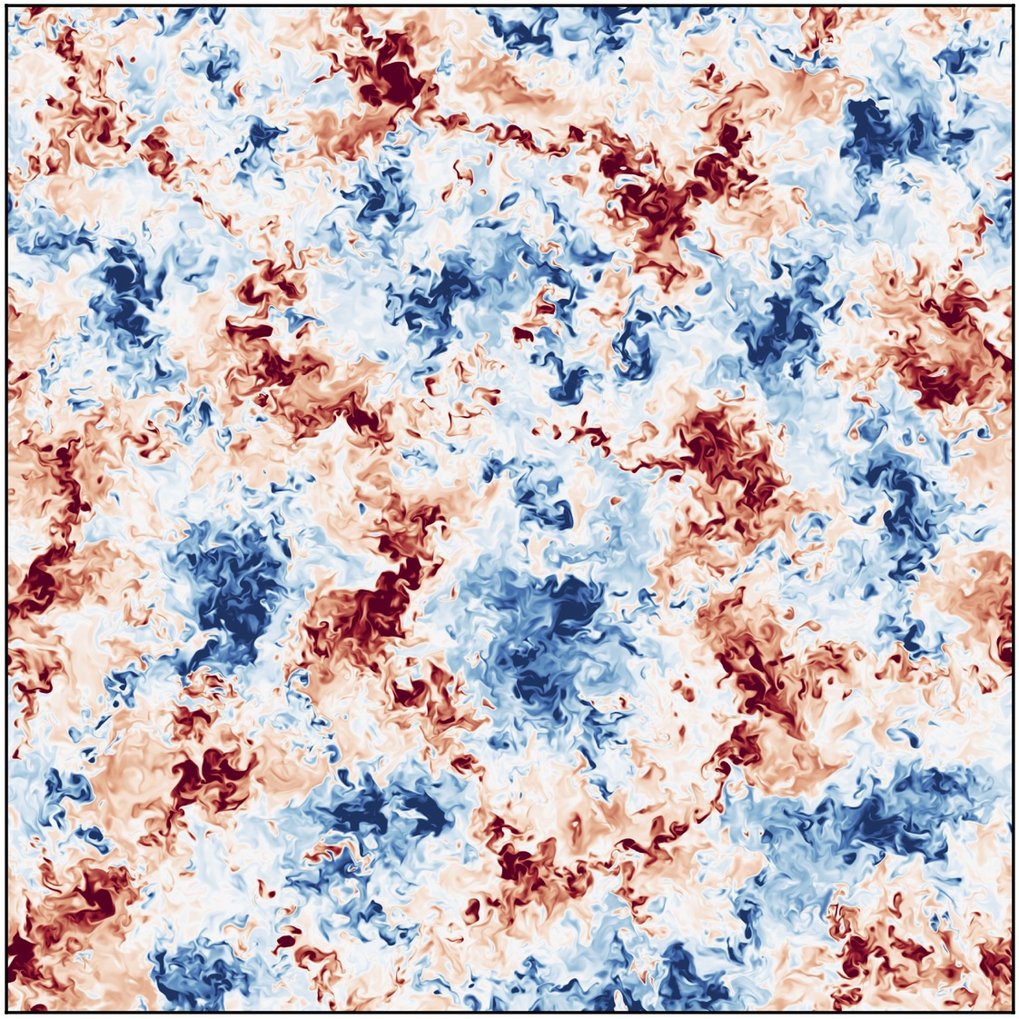 Temperature field in the midplane of turbulent Rayleigh-Bénard convection.

In many natural settings, such as the Earth's core or atmosphere, fluid flow is driven by a thermal gradient. In the prototypical situation in which the flow is heated from below and cooled from above, convection can arise. Sufficiently far from its onset, the convective flow becomes turbulent. From the viewpoint of fundamental turbulence research, turbulent convection is one of the most interesting systems to study due to the complex interaction of large-scale flow patterns and turbulent fluctuations. In our group, we aim at disentangling this dynamics as well as at establishing rigorous statistical formulations of turbulent convection.